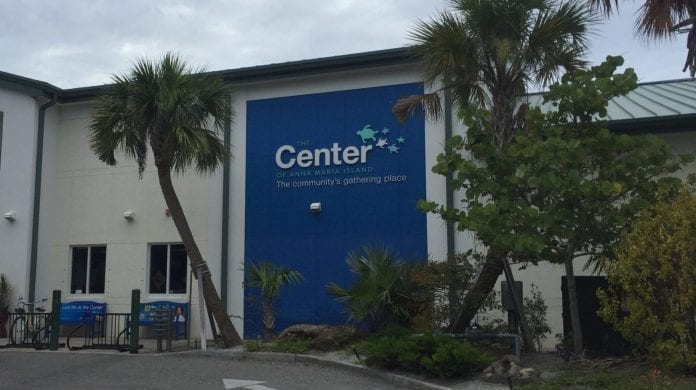 The last night of fall 2018 was supposed to be the backdrop to the adult co-ed soccer championship game at The Center, but Mother Nature had other plans for the evening.  With a day of rain accumulated on the Island field, Sato Real Estate and Lancaster Design would have to wait to see who could claim the cup.

January brought youth flag football action into the winter season as the first two weeks of games were delayed due to the heavy rains that closed out December. Two of the three competitive recreational age group leagues took the field last week

After the ringing in of the new year, the eight- to 10-year-olds gave the fans strong head-to-head action. Progressive Cabinetry, coached by Troy Kosteinik, finished its first game with a tied score against Tim Holly’s Slim’s Place.

Finishing the week with another tied ball game, Planet Stone, inspired by Ray Gardner, faced Ugly Grouper, coached by Jaret Rojas. In a blow out match-up, Joe Peery’s Bins Be Clean could not find the end zone against Beach Bums, coached by Gary Harlan.

The season is young, and any of the six teams in the youngest age group could be on top after the seven regular games are played.

In a close one, Coach Rob Alderson’s team stayed competitive with 13 points in the game, while Coach Jim Collins helped his team to its first win of the season, scoring 19 points.

The big kids are preparing to take the gridiron with co-ed adult flag football evaluations and draft on Thursday and the action to start shortly thereafter on Thursday nights.

The Center is looking to bring excitement back to the hard court of the gym with adult co-ed volleyball. The bring your own team league will start play on Tuesday, Jan. 29, with registration ending on Saturday, Jan. 19. The Tuesday night play gives adults an indoor sports alternative for the season.

Youth wrestling is underway in the Island gym and will continue until March, taking the team on the road for tournaments to test its skills on the mat.

To round out the school year, youth basketball will take to the court in March, with youth soccer and T-ball games in April.

The sounds of fans clapping and team spirit will continue to fill the air at the Island’s community center, making 2019 another year of athletic celebrations.

Adult co-ed soccer heats up in the night chill

Excitement in The Center gym with indoor soccer