For most local anglers, jack crevalle is not a target species. That’s pretty much true for fly and spin anglers as well as those that troll the beaches and passes. Most jack crevalle are caught inshore by anglers fishing for trout, redfish and snook. Small jack crevalle are considered trash fish by many because they are caught while targeting a different species and aren’t great fighters. All that changes when a jack over 5 pounds is hooked. 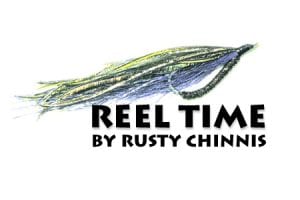 The fight and tenacity of this fish usually provides a new appreciation of these “pit bulls” of the sea. During the summer months, it’s not uncommon to encounter large marauding groups of big jack crevalle along local beaches where they pursue schools of baitfish. While even “smallish” jacks can put up a feisty battle, larger members of the species are incredibly challenging. A big jack on the west coast will run about 15-20 pounds and can put up an awe-inspiring fight. It’s not uncommon for a 20-plus-pound jack crevalle to fight for 15-20 minutes. Over the years, I’ve come to appreciate these tenacious marauders, and while I don’t usually target them, I never turn down a cast at a big fish.

When you encounter large schools of fish, the best choice of lures is a popper. There’s something about the disturbance on the surface that drives these fish wild. Catching them on a fly meant for tarpon is another challenge, but there’s a trick to enticing them. On numerous occasions, I have fished the edges of a school of feeding jacks only to have them inspect and turn down my flies. After a little experimenting, I found the “secret” was to toss the fly into the center of the school and to strip as fast as possible. The fact that the fly is surrounded by jacks seems to kick in competition and the fly is usually taken after only a couple of strips. Once on the line, jack crevalle make long head-shaking runs before settling into a circling pattern where they use their wide bodies to put up as much resistance as possible. The battle is usually won when the angler is able to get their heads out of the water, robbing them of much of their power. Even after an exhausting battle for the angler and the jack, they are easily revived and seem relatively unscathed by the experience.

Years ago, I encountered big jacks schooled under the Longboat Pass Bridge. They would attack a plug, popper or other noisy lure with a ferocity that was amazing, but were almost impossible to land before they cut you off on the bridge pilings. After many failed attempts, we came on the idea of tossing a hook-less “teaser” under the bridge to pull them away from the pilings and fenders. There we could present poppers and have a chance at landing them. Before long we were vying to see who would toss the teaser because it was such an incredible experience to see them explode on the plug. The same tactic can be used to lure a school of fish on the beach close to the boat for a cast. Jacks don’t have teeth, so a heavy leader isn’t necessary. Fortunately, they don’t seem to be particularly leader-shy. When one is hooked, it needs to be fought just like a tarpon or other big predator, with maximum pressure from the time of the take until they are ready to land. When they travel the beach, they are usually in large schools, while inshore they are more likely to roam in pairs or small schools. If you think jacks aren’t worth the effort, cast a popper to a school of big fish sometime and try to keep it away from them. I guarantee you’ll have a new appreciation for this species.