Director of Development Services Eran Wasserman spoke to commissioners about the process for developing the proposed building inspection regulations during an Aug. 10 work session. Wasserman said he’s working with Building Official Neal Schwartz to create an ordinance to present to commissioners in the next 30 days outlining which structures will need to be inspected, how those inspections will need to be conducted and by whom and how often inspections need to be scheduled to recertify a property as safe.

The documents being used to help draft those standards are the ones required by Miami-Dade County, though Wasserman said the plan is to have stricter reinspection standards in Holmes Beach, including less time between inspections.

Another consideration when deciding what regulations commissioners will want to enact in the city, Kihm said, would be what fees will need to be charged for the building recertification, if the city will require a third-party inspection before certification can be granted and what the penalty for noncompliance will be.

While the primary focus of the regulations would be multi-family structures, in light of a recent balcony collapse on a single-family structure, commissioners said they’d like to consider requiring anyone with a raised balcony to have their property inspected for structural issues on a regular schedule.

Raised balconies have recently been an issue in Holmes Beach. In recent months, a balcony on the rear of one of the Fountain Head Condominiums buildings, the north building at 3400 Sixth Ave., was reported by a repairman to have cracks in the stucco. In addition, a balcony recently collapsed at a single-family home at 4106 Sixth Ave. No one was injured at either property and both problems have been assessed by independent structural engineers.

The Fountain Head’s sister building at 3402 Sixth Ave., the south building, hasn’t had any reported issues with the structure or balconies, though Schwartz said the condominium association is planning to have it inspected as well to avoid any safety problems. He added that the north building’s balconies will have to be removed and rebuilt for the structure to be deemed safe. The units were built in 1984, according to Manatee County Property Appraiser records. They were used primarily as vacation rentals and were voluntarily evacuated on July 15.

The home at 4106 Sixth Ave. also has been voluntarily evacuated, Schwartz said, and permits have been issued for repairs, which include the rebuilding and shoring up of all balconies on the structure. That home is a part of the Holmes Beach Land Condos/6th Avenue Condominium Association Inc., along with five other structures on Fifth and Sixth Avenues built in 2002 and 2003 by 6th Avenue Development Inc. That company lists Ian K. Perryman as president and was dissolved on March 28, 2007. Holmes Beach building department records show that the builder of the properties in the 6th Avenue Condominium Association was Don Meilner & Son Construction Inc., which was officially dissolved in February 2021.

Schwartz said a letter was being distributed to the owners of all of the properties in the group to inform them of the balcony issues at the one property. The structural engineer’s report on the balcony collapse showed that it was caused by a property maintenance issue and not due to substandard construction methods. Schwartz said the letter was being distributed to put property owners on the alert for any possible issues.

Building evacuated due to structural issues 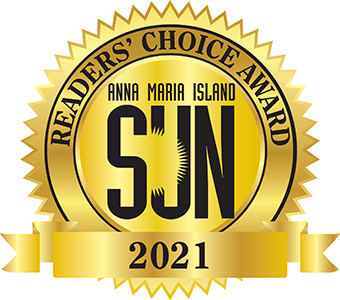