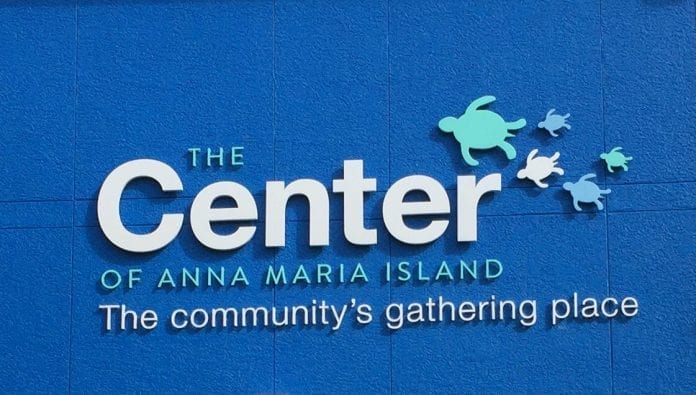 After two weeks of youth flag football play at The Center, three teams remain undefeated with two wins in the record books. In the eight- to 10-year-old age group, HSH Designs defeated Moss Builders for their second win in the season.

Solid Rock Construction was victorious against Slim’s Place in the 11- to 13-year-old league.

Playing with an injured Tuna McCracken, MuniPlan let back up quarterbacks run the plays in the 14- to 17-year-old division win against Ugly Grouper, remaining unbeaten.

Looking for their first win of the season after a critical first game loss, Rays Ramblings took to the field knowing that learning from their losses lead to stronger players, a better team, and eventually a win.

In a huge team effort, Rays Ramblings put up 13 quick points to start the game.

Unfortunate bobbles by the Swordfish Grill & Tiki Bar squad gave the football back to the Ramblings offense without putting any points up on the scoreboard.

With an extra point catch by Drew Buky after another TD, Ramblings was up 20-0.

Failing to execute on offense, with a seven-second violation called on the Swordfish quarterback, Ramblings quickly took it to the end zone with a Reef Marin score, advancing the score to 26-0.

Joseph Bramurov scored the only rushing TD for Rays Ramblings. Rounding out the team win, Ismael Garcia and Drew Buky made huge catches to help the squad move the football down the field into scoring position.

Buky had two extra-point catches in the game, with an additional point conversion reception by Hunt.

In the second half of the game, Swordfish Grill skillfully put eight points on the board with a rushing touchdown by Dylan Sato. Sato’s teammate Nixon Connor sacked Ramblings quarterback giving the team a safety and two points in the game.

Rounding out the Swordfish statistics were catches by Cale Rudacille, Troy Jones and Colin Bankert, adding to the receptions by Connor and Sato. 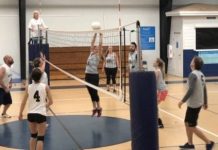 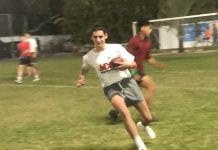 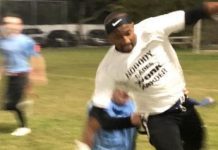