Contributed by Pat Copeland | Special to The Sun

ANNA MARIA – Carolyne Norwood has been the heart and soul of the Anna Maria Island Historical Society since its beginning in 1990, when she and I came together to found it, encouraged by Mayor Ray Simches.

She guided us through the early years when we had no place to meet until Dr. Henry Stevens offered us his former vet clinic for half the rent. Unfortunately, we had no money, so Carolyne asked Ed Chiles to help us. He became our guardian angel by paying our rent and utilities for the first year.

We set out on our mission to preserve the Island’s history and began collecting photos, documents and artifacts. Soon the building was bursting at the seams.

Carolyne used her powers of persuasion on the city commission, begging them to let us have the old icehouse, which had been used by the Island Turtle Watch. The Privateer’s came with their hammers and muscle and helped gut the building, so we could begin our museum.

That made her happy for a few years, then when we were bursting at the seams once again, she began to eye the public works office adjacent to the museum. She didn’t let up on those poor, unsuspecting city officials until we were moved into that space.

Then she began to dream of a historical complex. She decided that one more building would fit into the park and began to focus her efforts on the old Roser Cottage. Unfortunately, that was not to be, but that didn’t deter her.

She soon found Belle Haven Cottage under threat of demolition, and those poor, unsuspecting city officials, once again, didn’t have a chance. She worked her magic on them until Belle Haven was moved to the site. She made the remodeling project her priority, and Belle Haven was dedicated a little more than three years later.

The historical society has come from a handful of volunteers with a dream of preserving Island history to become one of the Island’s most cherished institutions. That never would have happened without the dedication, perseverance and love of Carolyne Norwood. She was a great lady and a great friend. 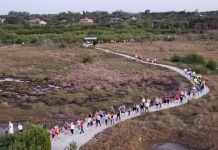 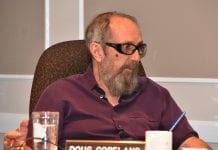 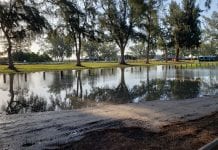