They were persuaded by evidence, including aerial photos, that horses trample fragile seagrass in the aquatic preserve in Tampa Bay near the Sunshine Skyway Bridge where horses are rented, and that horse manure and urine in the water pose a risk to human health.

Google Maps shows similar seagrass damage in Palma Sola Bay in Manatee County, and the bay has had poor water quality based on enterococcus bacteria from fecal contamination on the south side of the bay four times in the past five weeks, according to the Florida Department of Health’s Healthy Beaches Program.

“I want to know if it’s something we can do,” she said. “We’ve been told previously we can’t do that. Well, I don’t believe that.”

Commissioners had been advised that regulation was not possible based on ancient precedent protecting the use of horses as a mode of travel to convey people and goods, Manatee County Attorney Mitchell Palmer said, adding that “horses being used for recreational purposes in a sensitive body of water” is not the same thing.

“There’s little doubt in my mind that we can regulate horseback riding for purposes of water quality,” said Palmer, who suggested the “sensitive waters” language to avoid impacting horseback riding in rivers and lakes in east Manatee County and elsewhere.

“We have a copy of the Pinellas County ordinance,” Palmer said, explaining that his office had already begun looking into the issue prior to Thursday’s vote, and has requested the last five years’ worth of Palma Sola Bay water quality records from the Manatee County Health Department.

“I think it’s very important that this be done because the (sea)grass is being trampled,” Commissioner Vanessa Baugh said. “The grass helps to keep the water clear and is also food for the manatees.”

Palma Sola Bay has seagrass beds on both sides of the causeway as of last year’s survey, including in the northeastern section where most commercial horseback rentals occur, according to the Sarasota Bay Estuary Program, which has expressed concern about the issue in recent months, along with Keep Manatee Beautiful, the Palma Sola Scenic Highway Corridor Management Entity, the Manatee Council of Governments and Sarasota Audubon. 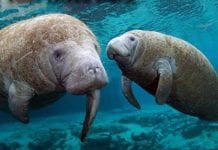 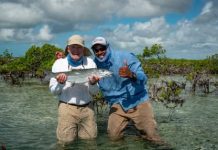