Home Outdoors Another turtle generation paddles into the sunset 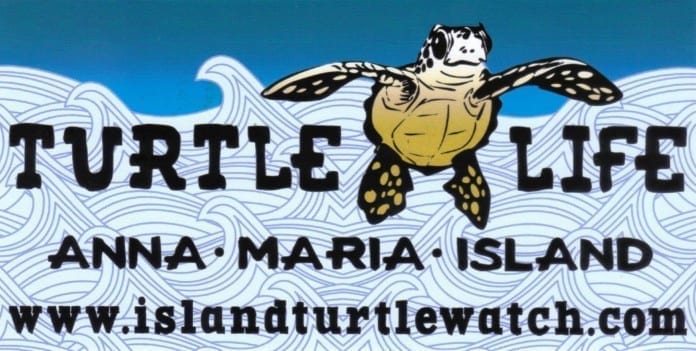 While the babies didn’t break the record of 35,788 hatchlings set in 2018, the mamas broke the 2018 nesting record of 534 by 10 nests. Another 568 nesting attempts were abandoned, known as “false crawls.” Slightly lower egg counts in this season’s nests are a mystery, Fox said, with nests averaging 66 eggs apiece.

As Turtle Watch held its annual end-of-season luncheon, two of three remaining nests were still on the beach waiting to hatch. Tropical Storm Nestor destroyed the third nest on Oct. 19 when it pushed higher-than-normal tides onto the beach. The season ends on Oct. 31.

Erosion from recent storms affecting Holmes Beach south to Longboat Pass will be corrected by a beach renourishment project in 2020 during part of sea turtle nesting season. The project will put heavy equipment on the beach, necessitating that some of next year’s surveys will be done by ATV instead of by beach walkers, and that some of the eggs will have to be relocated, Fox said. Turtle Watch will not be accepting new volunteers in 2020 because of the renourishment.

This year’s shorebird program was virtually non-existent, with two snowy plover nests that fledged three chicks each, she said, adding that one potential reason is people intentionally chasing off the birds from their nesting areas.

She also remembered volunteers Ron Edmonds and Vicki Staley, who both passed away during this year’s nesting season, and noted that volunteers Debbie and Henry Stachura walked with Staley on the beach as her health failed.

Fox also thanked “Friends of Turtle Watch,” including Allen Morrison and his grandson, Ryder “Buddy” Odem, who walk the beach daily to pick up trash, Gracie Alfieri, who brought her visiting family members on survey walks and Bradenton Beach Mayor John Chappie, who is working with Florida Power and Light to retrofit street lights with sea turtle-friendly bulbs.

She also thanked former Turtle Watch volunteer John DeFazio, who taught Fox how to excavate turtle nests, making her count the eggshells, throwing them back in the nest and making her recount again until she got the same number, and his friend and Turtle Watch supporter Margaret Finley.