BRADENTON BEACH – More than 10 years after Sheena Morris’ death was determined to be a suicide, her mother says she has new evidence that her daughter was murdered.

Morris was found dead by police, hanging in a shower by her dog’s leash in room 525 of the BridgeWalk Resort on New Year’s Day 2009 after staff reported hearing dogs barking inside. Bradenton Beach police determined that her death was a suicide.

But Kelly Osborn has never given up the fight to prove her belief that her daughter was murdered at age 22 by her then-fiancé, 45-year-old Joseph Genoese, after an argument that prompted a call to Bradenton Beach police. Two officers spoke to Morris shortly after 1 a.m., after Genoese had left, according to Bradenton Beach Police Department (BBPD) records. Later that day, around 2 p.m., BBPD responded again, this time to assist staff with an eviction due to the barking dogs. Instead, they and discovered Morris’ body. Genoese was not charged. Bradenton Beach police did not return calls Monday.

After asking the BBPD, the Manatee County Sheriff’s Office and the Florida Department of Law Enforcement to revisit the case, the official manner of death remained “suicide.” Osborn said the FDLE investigation unfairly focused on her daughter’s character, publishing information such as her previous employment as an exotic dancer, and concluding there was no evidence of a homicide.

Osborn staged a “March for Justice” in Pinellas County, where she lives, criticizing law enforcement for their conclusions.

She took the case to the Dr. Phil show, where Genoese failed a lie detector test on national television.

Johnson asked Osborn to look at photos from the scene again last year.

“I didn’t want to go there again,” Osborn said. So Johnson narrowed it down to one photo, taken at the scene, showing marks in a geometric pattern on Sheena’s lower back that she says match the wicker pattern in a chair pictured in the hotel room.

When the hotel redecorated, Osborn said she was able to obtain one of the chairs so that investigators could take measurements and better compare them to the photo of the marks on her daughter’s back.

What they found, according to Johnson, is that Morris must have been seated in the wicker chair after her death, indicating that she was moved to the shower and hung by someone else.

Forensic Pieces investigators say that the marks were caused by a process called “lividity,” in which blood pools in the body after the heart stops pumping at death. The marks were not detected in the autopsy because Morris’ body was moved to a horizontal position on a gurney before the lividity became fixed, or permanent, according to investigators.

The marks show that the hanging was staged, according to Forensic Pieces, which has used the case to teach law enforcement investigators about how murders can be staged as suicides.

“We’re trying to get them to take a second look at the new evidence,” Johnson said. “We would like somebody to reopen the case. FDLE has a lab; they could submit this to their lab.”

Meanwhile, Osborn, who lives about six miles from the man she suspects of murdering her daughter, is not planning any more marches for justice. 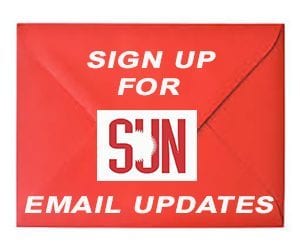