BRADENTON – The Florida Department of Health plans to post caution signs at the boat ramp on the Braden River at State Road 64 warning people, “Blue-green algae may be in these waters. There may be toxins.”

While toxins were not detected in water samples taken in the area by the Florida Department of Environmental Protection on Tuesday, July 2, the signs are necessary “to help educate folks utilizing the county facilities of the current algae bloom and steps they can take to assure they are not impacted from this event,” Tom Larkin, environmental manager for the Florida Department of Health in Manatee County, wrote Charlie Hunsicker, head of the Manatee County Parks and Natural Resources Department in an email today.

The signs advise people to avoid swimming and eating shellfish from the area, to keep water out of their eyes, nose and mouth, and to keep pets away from the water, Hunsicker said, noting the irony that the tests show no toxins.

“We are dealing with causes that are stressful and sometimes fatal to fish. But it should not deter anyone from enjoying Robinson Preserve or any preserve, because toxins have not been detected.” – Charlie Hunsicker, Manatee County Parks and Natural Resources Department

Fish were gasping for air in the mouth of the Manatee River today like koi in a pond, but not because of blue-green algae, he said, attributing the behavior to low dissolved oxygen in the water caused by high water temperatures and sunlight.

The county took six water samples around Robinson and Perico preserves for testing but the Florida Fish and Wildlife Research Institute will not have results for at least a week, he said.

“In general, it looks like fish were stressed and dying within the preserves and more severely in upper reaches like the boat ramp and tidal nodes, near the fishing pier,” wrote Damon Moore, the division manager of the Ecological and Marine Resources division of the Manatee County Parks and Natural Resources Department in an email to Hunsicker today.

Algae caused a fish kill in the Lower Manatee River, Perico Bayou and Perico Preserve last month, according to the Manatee County Environmental Protection Department. Booms were deployed to help keep algae mats out of the preserve.

“We are dealing with causes that are stressful and sometimes fatal to fish,” Hunsicker said. “But it should not deter anyone from enjoying Robinson Preserve or any preserve, because toxins have not been detected.”

Swimming and wade fishing are not allowed in county preserves, Hunsicker reminds visitors.

Three of nine samples taken statewide the first week of July showed non-toxic algae blooms, according to the Friday, July 5 Florida Department of Environmental Protection (DEP) report, including the July 2 sample in the Braden River and another showing “mixed algae” in Perico Bayou. 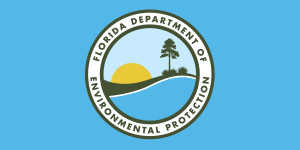 “The Manatee River conditions have improved with no new reports. DEP staff report that conditions look much better except in the Bradenton area,” according to the report.

No samples were taken in waters off Anna Maria Island this week. DEP’s jurisdiction is primarily freshwater, Hunsicker said, so the agency is concentrating on local rivers.

The Florida Fish and Wildlife Conservation Commission (FWC) has jurisdiction over saltwater, he said. Red tide was not present in water samples taken in Manatee County last week by the FWC, according to its Friday, July 5 report.

Blue-green algae called Filamentous cyanobacteria (Lyngbya-like) was first detected on May 9 in Anna Maria Sound at Key Royale, in the Intracoastal Waterway south of Grassy Point, and in Palma Sola Bay near San Remo Shores.

The algae found in Manatee County waters are not the same species that has plagued Lake Okeechobee, the toxic Microcystis aeruginosa, according to DEP.

Blue-green algae can be blue, green, brown or red and emit a foul, rotten egg odor caused by the production of hydrogen sulfide gas, according to DEP, which advises staying out of water where algae are visible as specks, mats or water is discolored pea-green, blue-green or brownish-red. Additionally, pets or livestock should not come into contact with the algal bloom-impacted water, or the algal bloom material or fish on the shoreline.

Even non-toxic blooms can harm the environment by depleting oxygen levels in the water column and reducing the amount of light that reaches submerged plants, according to DEP.

The growth of blue-green algae typically increases in the spring and summer months when water temperatures and daylight hours increase.

To help keep algae growth at bay, Florida law bans the use of phosphorus and nitrogen fertilizers during the rainy season, June 1 through Sept. 30. 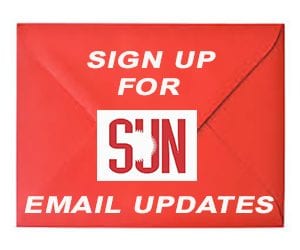