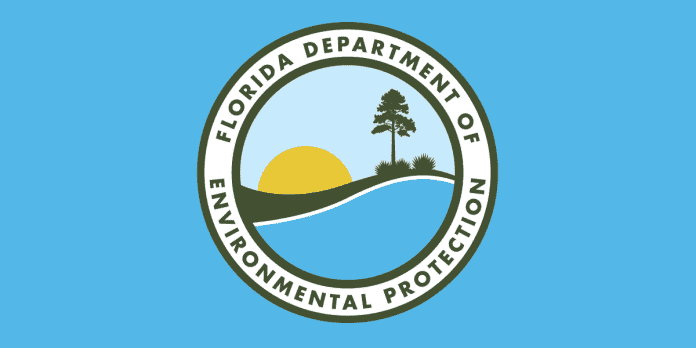 BRADENTON – Non-toxic algae blooms have been detected in the Manatee River this week, according to today’s report from the Florida Department of Environmental Protection (DEP).

Algae appeared in two water samples collected along the river near Bradenton and Ellenton; at River Pointe Canal on June 18, non-toxic Aphanizomenon flos-aquae was identified, and at Ellenton on June 19, non-toxic Cuspidothrix was identified.

Results from several other samples are pending. No samples were taken off Anna Maria Island this week.

Filamentous cyanobacteria (Lyngbya-like) was first detected in Holmes Beach waters on Thursday, May 9 in Anna Maria Sound at Key Royale and in the Intracoastal Waterway south of Grassy Point, and in Palma Sola Bay near San Remo Shores.

The algae species found in Manatee County waters are not the same species that has plagued Lake Okeechobee, the toxic Microcystis aeruginosa, according to DEP.

Blue-green algae can be blue, green, brown or red and emit a foul, rotten egg odor caused by the production of hydrogen sulfide gas, according to DEP, which advises staying out of water where algae is visible as specks, mats or water is discolored pea-green, blue-green or brownish-red. Additionally, pets or livestock should not come into contact with the algal bloom-impacted water, or the algal bloom material or fish on the shoreline.

Even non-toxic blooms can harm the environment by depleting oxygen levels in the water column and reducing the amount of light that reaches submerged plants, according to DEP.

The growth of blue-green algae typically increases in the spring and summer months when water temperatures and daylight hours increase.

No red tide is forecast in Manatee County waters through at least Monday, June 24, and none was detected in water samples earlier this week, according to today’s Florida Fish and Wildlife Conservation Commission (FWC) report.

No fish kills were reported this week.

Scientists say that salinity, currents, temperature and light play a part in the formation of red tide blooms, as do nutrients from Florida’s natural phosphate and limestone deposits, Caribbean seawater brought to Florida’s west coast on the Loop Current, the Mississippi River, Saharan dust blown across the Atlantic Ocean to Florida’s waters, and fertilizer and animal waste runoff.

To help keep algae growth at bay, Florida law bans the use of phosphorus and nitrogen fertilizers during the rainy season, June 1 through Sept. 30.