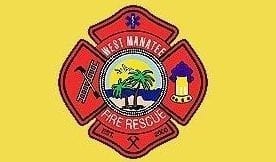 BRADENTON – West Manatee Fire Rescue commissioners held a public hearing May 21 to discuss the 2019-20 residential and commercial assessment rates. No members of the public offered comment, and commissioners approved a modest increase in rates with a four to one vote.

Residential homes make up the majority of the properties in WMFR’s district, which stretches from the Gulf of Mexico on the west, Tampa Bay to the north, Longboat Key to the south and city of Bradenton to the east. The district includes unincorporated Manatee County, Palma Sola, Cortez, Bradenton Beach, Anna Maria and Holmes Beach.

Commissioner Al Robinson, who voted against the rate increase, said, “I think it’s insignificant in a $7.3 million dollar budget. We don’t need a raise.”

Commissioner George Harris said he was comfortable raising the commercial rates to get the district more in line with the surrounding districts but was happy to only give residents a minimal increase. “It’s nice to give the residents a little break,” he said.

WMFR board members plan for the future