ANNA MARIA ISLAND – Hurricane Irma’s visit to the Anna Maria Island area in 2017 taught us how to better prepare for the upcoming hurricane season that starts June 1. When it comes to hurricane preparation, plan ahead and get an early start.

Extended power outages are common during and after hurricanes. If you’re thinking about buying a generator, doing it now alleviates the risk of not finding one later.

Before you buy, consider your specific needs and the many different types of generators.

Before Irma arrived, I bought a small, gas-powered 2,000-watt Wen inverter generator for around $450. During our three-day power outage, it powered a stand-alone air conditioner, a fan, and a lamp and recharged our electronic devices and camping lanterns.

Some homeowners may opt instead for the added security of a permanent standby generator that’s wired into the home’s power system and activates automatically during power outages.

Fire up your generator before the storm arrives to make sure it works, and consider locking it up during use to prevent theft.

Gas and gas cans get scarce as a hurricane approaches, so plan accordingly. Consider using ethanol-free gasoline for generators, because it’s better for the tubing and other engine components. Marinas typically sell ethanol-free fuel, as do some gas stations.

Having a couple extra cans of gas for your car can also be a lifesaver when gas is hard to find and gas stations are closed or without power.

If you don’t have hurricane windows or storm shutters, you may want to cover your windows with plywood, or with plastic or aluminum panels. Again, it’s better to buy now when these items aren’t yet in critical demand. If you drive a vehicle that’s too small to carry full-sized sheets of plywood or you don’t have the tools at home to resize your wood, some home improvement stores will do it for you at no additional cost.

A camp stove, gas grill, and some extra propane tanks will provide you with warm meals during an extended power outage.

Sooner is better than later when stocking up on water, food, flashlights, batteries and other supplies and Facebook can be an invaluable source of real-time information when it comes to supply availability.

If you’re evacuating, leave early to avoid jammed highways and gas shortages. Reserve your off-Island, out-of-town or out-of-state hotel rooms early, too. By the time Irma arrived, most hotels in Florida and southern/central Georgia were booked full. If you decide later not to evacuate, you can cancel your room and free it up for someone else.

There’s an app for that

There are several cell phone apps that come in handy during hurricane season, including the new NOAA/Weather Channel Storm Radar app.

Regarding storm surge and flooding, the MyElevation app allows you to type in an address or location and get the elevation for that spot.

Facebook, Florida 511 and Waze are good apps for real-time travel and traffic information and the GasBuddy app is a good source of gas availability and prices. 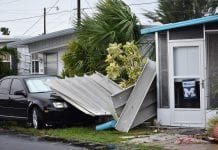 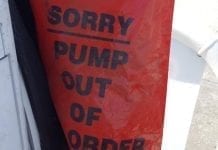 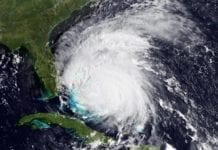 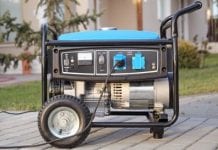 Stock up on hurricane supplies tax-free 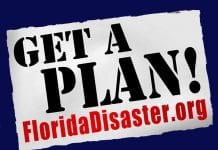 Where to get weather alerts