Home Business Airbnb compliant; will not be fined

ANNA MARIA – The city of Anna Maria has concluded that the Airbnb at 302 North Shore Drive does not have to be registered as a vacation rental because it is owner-occupied and has onsite management.

MANATEE COUNTY – Are you operating or considering operating an Airbnb on Anna Maria Island or elsewhere in Manatee County?

If so, you may want to research the tourist tax requirements imposed on those who rent their property or a portion of their dwelling through Airbnb, VRBO, HomeAway and other online advertising platforms.

The county’s tourist tax is applicable even if the rental is owner-occupied or has on-site management.

“It doesn’t matter if the person lives on the property. For a short-term rental six months or less, even if it’s a bed, the 5 percent is still due,” said Jan Hilker, assistant to the Manatee County Tax Collector, when contacted last week.

According to the tax collector’s website, “At this time Airbnb only collects and remits the 6 percent sales tax and the 1 percent Manatee County surtax to the Florida Department of Revenue.”

The website also says, “Florida Statute 125.0104 states that every person who rents, leases or lets for consideration any living quarters or accommodations for a term of six months or less should collect and remit the 5 percent tourist development tax and the 7 percent state sales tax.

“While some property owners may simply be unaware of the law, others know the law but choose to evade it. The revenue from this tax helps your local economy. The tax is used to promote and advertise tourism, operate the Bradenton Area Convention Center and finance beach renourishment,” according to the tax collector’s website.

According to the Airbnb website, “In areas that Airbnb has made agreements with governments to collect and remit local taxes on behalf of hosts, Airbnb calculates these taxes and collects them from guests at the time of booking. Airbnb then remits collected taxes to the applicable tax authority on the hosts’ behalf.”

Sarasota County is among the Florida counties that have agreements with Airbnb. Rather than enter into such an agreement, Manatee County Tax Collector Ken Burton Jr. chose to file a yet-to-be-resolved lawsuit against the Delaware-based, San Francisco-headquartered company in April 2018.

The lawsuit seeks from the 12th Judicial Circuit Court a declaratory judgment declaring the tourist tax imposed by Manatee County is due on the amounts received by Airbnb for the rental of private homes, dwelling units or rooms in private homes in Manatee County.

At an April 30 code enforcement hearing, Special Magistrate Karla Owens levied a $250-per-day fine on the rental’s corporate property owner, DLVAMI 302 North Shore LLC. The fine was to accrue until the rental property was registered in accordance with the city’s vacation rental ordinance. 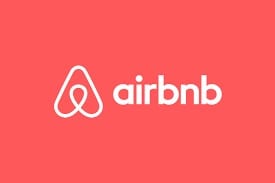 The Manatee County Property Appraiser’s website lists the LLC as the duplex owner with an Anna Maria Post Office box as the LLC’s mailing address. State records list Denise Valley as the LLC manager and 302 North Shore Drive as the address for the LLC, dissolved in September.

“The matter has been resolved and the fines have been eliminated. The city found out this address is Mr. Calhoun’s permanent residence, so, therefore, according to the language in our ordinance, it’s not a vacation rental because he has on-site management,” Murphy said Friday afternoon.

Adopted in 2015, Anna Maria’s vacation rental ordinance says: “It is the intent of this chapter to regulate vacation rentals as defined by Florida Statutes, as well as other transient public lodging establishments that do not have on-site management.”

On Saturday morning, Calhoun met with The Sun to discuss these recent developments.

“The mayor was very gracious. He acknowledged the mistake, apologized and said we’re going to fix this and make it right and retract the entire thing,” Calhoun said.

Calhoun said he, his mom and his three children live in half of the elevated duplex. The other half is used as an Airbnb rental. Calhoun showed his Florida driver license that lists 302 North Shore Drive as his address.

Calhoun said he’s continually maintained an office at that address for the past 10 years and has lived there most of that time. He also uses the ground-level office for his Here Realty business operations. According to the Florida Department of Business and Professional Regulation, Calhoun is licensed as a real estate broker.

Calhoun said the family property was previously used as a VRBO rental and was first advertised as an Airbnb rental last fall. Calhoun said he was surprised this became an issue because similar concerns were raised and resolved in 2016 when Pam Gibbs served as the city’s code enforcement manager.

On July 19, 2016, Calhoun received an email from Gibbs that said, “Per our conversation this morning, I have closed the case and rescinded the citations for noncompliance with the vacation rental ordinance. Since you are occupying one part of the property you are not required to be registered.”

Debbie Haynes now serves as code enforcement manager. Calhoun’s Airbnb operations were brought to the city’s attention in October by the firm the city contracts to conduct online searches for unregistered vacation rentals and those advertising excessive occupancy.

During the April hearing, City Clerk LeAnne Addy said three warnings and notice of the hearing were sent to the LLC’s post office box and no one responded.

The North Shore Drive property and the LLC are currently the subjects of foreclosure proceedings. Calhoun said those proceedings date back to the previous owner and also stem from his own divorce.

When asked why no one responded to the city’s communications, Calhoun said, “Anything coming in for DLV went straight to the attorneys because of the foreclosure.”

Calhoun said if he had known about the hearing, he would have attended, shared the email he received from Gibbs and shown the special magistrate his driver license.

Calhoun suggested the city do a little more due diligence before assuming any wrongdoing, but he acknowledged there aren’t many owner-occupied duplexes left in Anna Maria.

He then praised Murphy and commissioners Brian Seymour and Dale Woodland for helping bring the city to a point where vacation rentals and vacation rental owners are no longer “villainized.”

“With the exception of this weird little anomaly, I think they’ve done a really good job of getting everything in order and becoming more business-friendly and even more vacation rental-friendly,” Calhoun said. 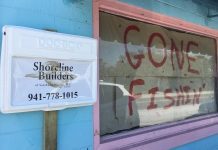