Home Business Why is the housing market declining?

It’s a curious situation the national economy is in right now. In spite of the stock market having a fit in December, not only did it make a strong comeback, but the employment statistics have remained strong. So why isn’t the housing market living up to the rest of the economy?

According to the chief economist at Freddie Mac, “We’re in a mental recession,” meaning bad news like the government shutdown, the stock market vulnerability in December, higher interest rates and international financial markets in a flux start to snowball, making buyers nervous. This is especially true for first-time buyers who are nervous to begin with and second home buyers who have the luxury to wait and see.

Even the top two brokers on Anna Maria report that there were no significant price increases in 2018 and that the market appears to be stabilizing and leveling off in 2019.

Mortgage rates have come down in recent weeks and are now back to about 4.45 percent for a 30-year, fixed-rate mortgage, down from 5 percent two months ago. The Federal Reserve has also sent signals that it is carefully monitoring the interest rates as they relate to housing and the broader economy. This means to me that the rates will likely stay pretty much where they are for a while.

Stabilized interest rates and a slow-down in sale prices are not all bad news, especially for the first-time buyers that the market always needs to keep the ball rolling. One of the very real problems that first-time buyers face is the monthly payment on student debt, which may keep them from qualifying for a home or at least is making them concerned about keeping up payments, even if they do qualify. Student debt is now at $1.5 trillion, exceeding credit card debt and car loans, making a sizeable impact on the economy.

The Fed said that although many factors contribute to homeownership, 2 percentage points or about a fifth of the decline was tied directly to student debt. This represents 400,000 buyers who did not make a home purchase because of student debt. The Federal Reserve report finally gives us a better understanding of why the housing recovery has been weaker than other segments of the economy.

A strong real estate market is the driver of the economy in many areas since homeownership involves the purchase of goods and services needed to maintain the property. Hopefully, the country will get out of its mental recession soon, but don’t let that stop you from having a happy Valentine’s Day.

Selling your home – it should show like a model 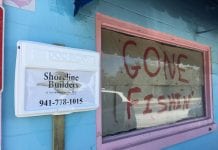