I’m a baby boomer, and they say my generation changed the world with the sheer force of its numbers. Frankly, I don’t know that I agree. It appears to me that the millennials are having a larger impact, and one of the ways is how they’re choosing to live.

Millennials, many of whom are accustomed to having everything done for them and in a hurry from instant responses on their smart phones to instant pizza at their front doors, have added another instant, apartments.

Apartment developers in big cities like New York, Los Angeles and Washington D. C. have created a co-living arrangement. Co-living is basically renting one room and a bathroom and sharing some common space like a kitchen. Sounds like an extension of college dormitory life, only this one has additional perks. Once a month sheets and towels are changed and toiletries replaced. In addition, you don’t even have to find your own friends since a social director organizes get togethers – instant friends.

This was made for the millennial generation which can sometimes find life too much to handle – instant mommy.

Nevertheless, it is a genius idea by the developers who are building co-living arrangements all over the country. They’re tapping into a generation which expect nothing less.

Thankfully, this has not spread to Manatee County, where real properties are selling like instant hot cakes. The sales statistics for September and October, according to the Realtor Association of Sarasota and Manatee, are as follows:

As always, the available months of properties on the market is always an important number. The fewer properties for sale, the fewer the sales, and we, just like the country, are generally down.

Is it a case of arrested development or is it an idea that’s changing the world? I hope I never find out, but come to think of it, it does have the potential of lending the idea to senior citizens’ living arrangements – instant grandma. 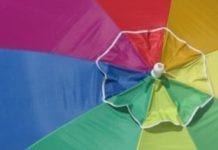