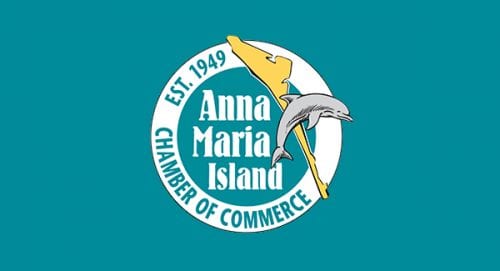 CORTEZ – It was a bittersweet honor for John Horne on Friday night at the Anna Maria Island Chamber of Commerce Annual Awards Ceremony and Board of Directors Installation at the Seafood Shack.

Horne was overwhelmed with emotion when he said he was receiving the award a week after the passing of his mother. He said it was also his parents’ 61st anniversary, noting his father was in the audience. He thanked the Rotary Club for the honor.

The Chamber announced the winners of the businesses of the year in four categories, adding a new category – Non Profit of the Year – to the small, medium and large business categories.

The first winner of the new Non Profit of the Year award is the Rotary Club of Anna Maria Island. Rotary co-directors Judy Rup and Dennis Schuermann accepted the award.

The Large Business of the Year award went to Duncan Real Estate.

Owner Darcie Duncan remarked about how all the businesses pulled together during the red tide event this summer and fall, saying she is proud to be a part of the Island business community.

In the Medium Business of the Year award, from five to 14 employees, the winner was Happy Paddler Kayak Tours.

“It all began with a couple of kayaks and a credit card,” owner Shane Catts said as he accepted his plaque.

The winner of the Chamber’s Small Business of the Year award for businesses up to four employees was Scott’s Deli. Scott Mason and his wife, Jane, accepted the award.

What does a mortgage broker do?