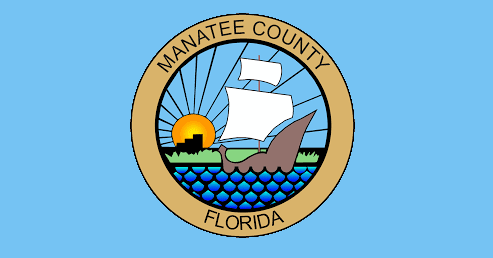 How should County Commission-controlled Tourist Development Council funds be used on Anna Maria Island in terms of projects versus promotion?

Luther: I would focus on projects. Make things better for visitors and residents by making improvements that didn’t have funding previously. Give Visit Florida something to promote.

Whitmore: It’s very strict on how those funds can be spent. We’re still trying to open it up for law enforcement, lifeguards and other things that make life better for Island residents. We need to push for the state not to interfere with our city and county home rule.

What has/can the County Commission do to benefit Island and Cortez residents and businesses?

Luther: Impose a moratorium on phosphate mining, the use of fertilizers containing phosphate for non-farming uses and the use of Roundup and similar glyphosate weed killers. Stop overdeveloping and adding to the traffic and sewage problems we already have. Get the bike trails built so people have alternative transportation.

What has/can the county do to assist the Island’s city governments?

Luther Create an Environmental Science Department to assess all things environmental – whether it be building, infrastructure, runoff drainage and sewers, roadways, chemical use, disposal methods, business operations and the transport of products.

Whitmore: Listen and stay involved. I routinely copy the Island cities’ elected officials on upcoming agenda items and anything related to the Island, so they’re informed of issues that affect them.

What percentage of your campaign contributions have come from the development and real estate communities?

Luther: Zero, not a single dollar. I have done most of this by myself without funding. That proves my dedication and that I am doing this because I truly care about my county and want to make it better.

Whitmore: My supporters are mainly the farming community, medical community and family businesses. Last year I had one fundraiser by the so-called developers that represent thousands of jobs and I have not had one since. I don’t accept contributions from Carlos Beruff or Mosaic, as they are so controversial.

What has the County Commission done to protect the county’s environment and natural resources and what more needs to be done in the next four years?

Luther: Stop phosphate mining in the watersheds of Lake Manatee, the Myakka River and the Peace River. Lake Manatee tested positive for cyanobacteria over a year ago, yet they continue to pollute with weed killer all around the county and residents were never notified of this bacteria in the water supply to my knowledge.

Whitmore: With the help of Swiftmud and other state agencies, the county has been restoring properties along the bays, lakes, rivers and natural shorelines. Manatee County was awarded as the first platinum green government in Florida last month. Manatee County has had a ban on fertilizer for five to seven years now, seagrasses are their healthiest since the 1950s, and we require developers to treat their run-off and hold 150 percent before it hits the bays.

Why should Anna Maria Island and Cortez voters vote for you instead of your opponent?

Luther: I have been out assessing the red tide situation and collecting samples trying to get something done to clean up this mess. Once I get the test results, I can identify the sources and start working on solutions. As an elected official, I should be able to finally get something done. A lot of citizens feel they have been ignored and have not had a voice. That is why I am running for the at-large seat, so I can help anyone in the county. It is time our government starts working for the people again.