Updated Oct. 16 – Hurricane Michael’s violent churning in the Gulf of Mexico could break up the red tide bloom that has affected Southwest Florida for the past year – or it could make it worse, scientists say.

The storm made landfall Wednesday, Oct. 10 in the Florida Panhandle, just shy of a Category 5 hurricane. As its tail brushed past Anna Maria Island on Wednesday, it caused minor local flooding, but whipped up Gulf surf, making the red tide airborne. 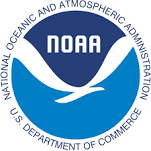 Red tide continues to seriously impact Florida tourism businesses. It reached Anna Maria Island on Aug. 3, but coastal Gulf communities to the south began experiencing red tide a year ago this month, and the bloom now covers 150 miles of coastline.

While not unprecedented in its duration, this bloom is unusually persistent, according to NOAA forecasters, who predict that coastal communities are likely to continue to experience the effects of the ongoing bloom.

The size of the bloom changes constantly, and is patchy – not every beach is affected every day.

For the most recent updates, visit NOAA, Mote and FWC.

Until Michael passed by, hurricane storm winds were blowing offshore, pushing most of the water containing red tide farther out into the Gulf, said Dr. Richard Pierce, associate vice president for research and a senior scientist at Mote Marine Laboratory in Sarasota.

However, as the hurricane traveled north past Anna Maria Island, its winds changed direction, bringing the red tide back onshore on west/southwesterly winds, he said.

Scientists are still collecting air and water samples from the storm, so it’s too early to reach any conclusions, nor can researchers tell if past hurricanes helped or hindered past red tides, because there has not been enough continuous monitoring, he said.

“But there have been times when a hurricane came and dispersed red tide so it didn’t come back,” he said, adding that other times, storms concentrated nutrients near the shore, which makes red tide worse.

“We can’t really predict it. Every situation is different,” Pierce said.

Past hurricanes have not caused red tide blooms to dissipate, although the research is incomplete because the number of cases where blooms and hurricanes occurred at the same time is small, said Jerry Slaff, Public Affairs Specialist with the National Oceanic and Atmospheric Administration (NOAA), noting, “We will be watching to see what effects Hurricane Michael has on the current bloom.”

What Michael did to the beach

“(Anna Maria Island) beaches fared very well with this storm overall, especially along the beaches from mid-Island to the north end. The waves certainly overtopped all of the sandy beaches but after the storm passed, wave action had the effect of leveling out the beaches on a gentle slope down to the waterline. Many low-profile dunes were overtopped as well, with a minor loss of sea oats, but overall conditions recovered well. At Coquina Beach on the south end, noticeable erosion occurred, almost to be expected as this stretch is one of our most active erodible beaches on the entire Island. We are working with FEMA and the Army Corps of Engineers to bring back a major beach renourishment project to the Island in the spring of next year to rebalance sand losses encountered with Hurricane Hermine and Irma combined.” – Charlie Hunsicker, Director of the Manatee County Parks and Recreation Department

As the lifeguards in Bradenton Beach got ready to begin their day Thursday, there was hope that the high winds and surf would disperse the red tide.

But as midday approached on Coquina Beach, those hopes were dashed.

William and Rita Postino of Bradenton were two of the few people on the beach around 9 a.m. on Thursday.

“I collect shells and we come out here two or three times per week,” said Rita Postino. “There are more people here than yesterday watching the waves.”

She said the red tide was not as noticeable as the water rose at high tide and covered a lot of beach.

Thursday there were few dead fish on the beach.

At the Coquina Beach Café, Mark and Kathy Biscontine of Bradenton said the water covered the old groins that normally were buried by sand. They said surfers were out and they came close to the groins because they were not visible from the water.

Lifeguard Chelsea Hart guided a utility vehicle down the beach around 10:30 a.m. There were a few more people on the beach, but the irritation and smell of red tide were increasing. She said they use masks when it gets too bad. An Army veteran, she was a lifeguard in Volusia County on Florida’s East Coast before coming to Manatee County to work the beaches five years ago.

“The beach has a little deeper slope to it, but I don’t think too much sand washed away yesterday,” she said. “There were some pretty intense waves yesterday.”

Hart said conditions were a “double red” Wednesday, meaning nobody was allowed in the water.

For the people who are on the beach to save lives, the red tide outbreak has been especially rough.

Florida red tide (Karenia brevis), a type of harmful algal bloom, is the result of uncontrolled algae growth in optimal conditions, including salinity, sunlight and nutrients such as nitrogen and iron, the latter carried on winds from the Sahara desert across the ocean and deposited in the Gulf.

The darker water reduces the amount of sunlight that passes through it, affecting organisms on the sea floor that need sunlight to live, according to research at the University of South Florida College of Marine Science in St. Petersburg. The algae also can deplete oxygen in the water.

Red tide toxins in the water can become airborne with wind and wave action, causing respiratory problems, especially for people with asthma, emphysema, COPD or other chronic respiratory diseases. Red tide toxins affect the nervous system, and when inhaled, they cause respiratory irritation including coughing, sneezing and a scratchy throat, and can trigger asthma attacks.

Red tide toxins also can accumulate in oysters and clams, which can lead to neurotoxic shellfish poisoning in people who consume contaminated shellfish.

Seafoam during a red tide is highly concentrated in toxins and should not be touched.

– Tom Vaught contributed to this report