Red tide is increasing again in the Gulf of Mexico off Anna Maria Island, according to today’s report from the Florida Fish and Wildlife Conservation Commission (FWC).

The Sept. 7 report shows that red tide levels are from 5 percent to 25 percent higher than last week. 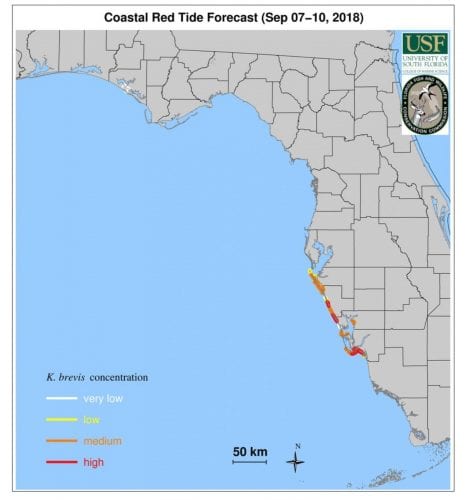 The last reported fish kill in Manatee County was on Aug. 31 in Bradenton Beach.

Persistent surface currents before, during and after the passage of Tropical Storm Gordon likely played a role in transporting Karenia brevis red tide cells to the northwest, according to FWC.