Running unopposed, Demitrie Denis won the Republican District 2 primary and he will face Bellamy in the general election in November.

Melton Little ran unopposed in the Democratic primary and he will face Servia in the general election.

“I’m happy that I still have the support of the Manatee County citizens and I look forward to winning the general election,” Whitmore said after the results were known.

In the gubernatorial primaries, Manatee County voters favored Democrat Gwen Graham and Republican Ron DeSantis, with DeSantis as the leading gubernatorial vote-getter in the county. 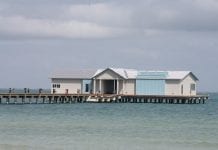