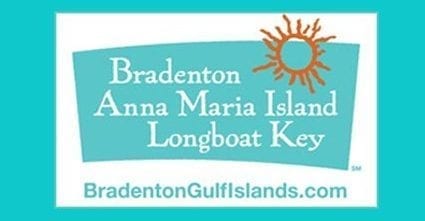 BRADENTON – A new marketing campaign aims at attracting potential visitors to Anna Maria Island and Manatee County with the cure for what ails them.

The Bradenton Area Convention and Visitors Bureau (CVB) is working on the 2019-20 Cure Campaign with an eye to what visitors want, marketing spokesman John Fisher told the Manatee County Tourist Development Council on Monday morning.

Got fam-nesia? Come to the Bradenton Area and spend time with your family. Got pale-a-tosis? Get to the beach and get a tan.

These and several other ailments will require beach therapy, retail therapy, and other cures in a game format on the county’s tourism website, he said.

Participants will be able to select their symptoms and the game will generate a prescription for certain accommodations, restaurant dishes, and activities. Prospective visitors can share the prescription with friends on social media, which will enter them into a contest for a chance to win their prescription. The game also will generate a sick note for a visitor’s boss when they share some personal information.

“It’s all about engaging people to get interested in the destination while having fun,” Fisher said.

The time has come for a new style of marketing campaign, CVB Director Elliott Falcione said.

“We have to be bold and catch their eye,” he said. “Once we’ve got them, 94 percent of the time they will come back.”

Until now, the county has been using marketing campaigns based on slogans, such as the current “Craft Your Own Vacation,” and the previous “Our Little Secret,” “Crystal Blue Persuasion,” “Pure Florida, Nothing Artificial” and “Real. Authentic. Florida.”

To better target visitors with new marketing efforts, the CVB has launched a partnership with Adara, a data-gathering business that works with airlines, hotels and vacation rental websites to identify people looking for information on travel and persuade them to book flights and accommodations while gathering information about them for future marketing efforts, the TDC learned. The company describes itself as an “anonymized, real-time search, purchase and loyalty data-gathering co-op.”

The first quarter of the year is the most active tourist season on Anna Maria Island and the rest of Manatee County, culminating in the height of the season in March.

In the first quarter of 2018, the number of visitors countywide was up 4.9 percent to 233,400. In March alone, visitation was up 7.3 percent over March 2017, according to Walter Klages, of Research Data Services, the county’s tourism consultant.

The traditional end of the season – Easter – was early this year, on April 1, also significantly impacting visitation, Klages said.

Direct expenditures were up 9.1 percent to nearly $283 million in the first quarter.

The top five U.S. feeder markets to the county in the first quarter were New York, Pittsburgh, Chicago, Boston and Tampa/St. Petersburg.

April saw a significant gain in the European market, which grew by 22.7 percent from April 2017, Klages said, adding that nearly half of April visitors were couples.

A non-stop flight is expected soon from Dallas to Sarasota/Bradenton International Airport, Falcione said, predicting “a big impact” on the Latino market.

What does a mortgage broker do?