ANNA MARIA – Sully’s Quality Projects was rejected as the City Pier demolition contractor less than a week after being named the city’s first choice.

On Tuesday, May 29, the City Commission, minus Dale Woodland, voted 4-0 in favor of Mayor Dan Murphy entering into contract negotiations with Sully’s Quality Projects for the demolition of the Anna Maria City Pier.

On Monday, June 4, the commission voted 5-0 in support of Murphy’s suggestion to reject the terms requested by Sully’s owner and founder, Sean Sullivan. The commission then voted 4-1 in favor of Murphy negotiating with city’s second-highest ranked demolition firm, Speeler & Associates.

According to Murphy, the deal-breaker was Sullivan’s request for a $53,822 payment up front, to be made after the contractor secured a security bond, but before the company mobilized or did any work.

Murphy said he did not want the city to get into a situation like the delays being encountered in Bradenton Beach with the installation of a day dock that is long overdue and partially paid for. Sully’s is not part of that project.

“I have problems paying somebody money and not having any work done,” Murphy said.

Murphy and City Attorney Becky Vose agreed that trying to collect on a performance bond if something went wrong would be a lengthy process that would likely end up in court.

Commissioner Doug Copeland asked if any financial research was done on the demolition firms being considered. Murphy said the city obtained Dun & Bradstreet Paydex reports that analyze companies’ payment histories and Sully’s report was not as good as the next two highest-ranked firms.

The May 29 selection of Sully’s was based on the combined rankings sheet prepared by Murphy, City Clerk LeAnne Addy and Jay Saxena from Ayres Associates – the firm designing and engineering the new pier and assisting the city with the permitting process.

Sully’s was the top-ranked firm of the five that responded to the city’s second request for proposals (RFP). Sully’s received a total score of 79.3, Speeler & Associates received a score of 78.3, Shoreline Foundation’s score was 70, Under Construction Contractors’ score was 68 and Kelly Brothers’ score was 66.

Sully’s bid for the demolition job was $685,530, and according to the document provided at Monday’s meeting, that was lowered last week to $673,530 due to a reduction in the scope of work.

The six-category scoring criteria included skill and experience, references for current projects, bid amount, adherence to specifications and requirements, provision of a detailed work plan and the location of the prime contractor and subcontractors.

Commissioner Brian Seymour noted that Sully’s was only ranked highest in one of the six categories, that being location. Speeler ranked highest in four categories. Seymour asked if the city was bound to go by the rankings sheet. Murphy said the ranking sheet should be followed because the point system is “clear and objective.”

Prior to the pier demolition, local contractor Frank Agnelli will remove and store the engraved wooden pier planks at no cost to the city. Murphy said those who previously requested to have their planks returned should be able to pick them up in July. The remaining planks will be stored and used later to build memorial walls at City Pier Park and on the grounds of the Anna Maria Island Historical Museum.

Commissioner Dale Woodland did not attend the May 29 meeting. He said later his absence was not intentional and not related to the objections he raised on May 18 to the pier being demolished and replaced.

During the May 18 meeting, the commission rejected all three of the original bids received due to Speeler and Sully’s bids being too high and Murphy’s opinion that Under Construction didn’t have the necessary experience. Two other firms responded to the original RFP but missed the submission deadline.

The commission has not yet determined who will build the new pier, restaurant and bait shop. The commission has determined the pier will feature concrete pilings and Kebony hardwood decking. Kebony will also be used for the exteriors of the restaurant and bait shop. The pier project has an estimated cost of approximately $4.5 million and an anticipated completion date of December 2019.

Second round of pier demolition bids in 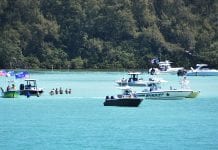 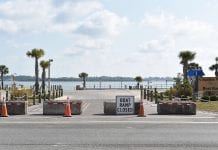 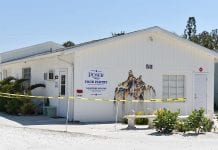 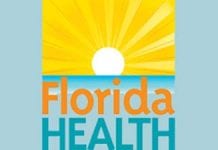