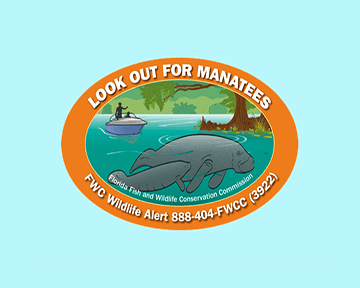 The Florida Fish and Wildlife Conservation Commission (FWC) counted 6,131 manatees in Florida waters in surveys this winter, down 489 from the record 6,620 manatees counted last year.

From January to April this year, 307 of the marine mammals died in state waters, including seven in Manatee County, according to the FWC.

The one-day surveys that began in 1991 have expanded in recent years to three or four days, and are conducted annually in cold weather when manatees are clustered in warm-water sites, making them easier to find, according to the FWC. The surveys cover all the known wintering habitats of manatees in Florida and provide researchers with a count of manatees visible in Florida waters during the several days of the survey.

Manatees were downlisted in 2017 from “endangered” to the less serious “threatened” status by the U.S. Fish and Wildlife Service.

You can show your support for manatees by purchasing a manatee Florida license plate at or a manatee decal. Funds from the license plates and decals support manatee research and conservation.