HOLMES BEACH – Recycling is one way people can feel like they’re doing their part to help save the Earth. Unfortunately, some of the things that are put in the recycling bin end up in the landfill.

Waste Pro Regional Vice President Keith Banasiak addressed Holmes Beach commissioners’ concerns with the waste removal company’s recycling program, confirming some of their worst fears – a lot of what goes into the city’s recycling bins ends up at the landfill. 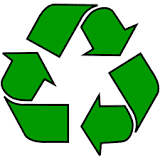 With single stream recycling, various types of recyclable materials can go in one container, making it easier for consumers. Unfortunately, if one of those items is incorrectly placed in the bin or has food residue, Banasiak said the entire bin’s contents can be considered contaminated and must be disposed of with other garbage rather than going on to Waste Pro’s recycling center. If contaminated items are found at the recycling center, the company must pay more to repackage and send them off to the landfill.

Items that can contaminate recyclables include those with food particles, raw garbage placed in the container, and the inclusion of items that can’t be recycled, like plastic bags. Publix in Holmes Beach accepts plastic bags for recycling.

Part of the issue, Banasiak said, is the labor cost and time to remove contaminated items at Waste Pro’s sorting facility and send them to the landfill. Another issue is that many recyclables from the United States are sent to China to be repurposed. Because so many items are being sent, receivers in Asia can be pickier about the types and grades of materials they accept. With such a huge availability of materials, Banasiak said it drives down pricing and makes it so that some materials, even though they are recyclable, may not be financially feasible for the company to send off for repurposing.

In the United States recycling is a $200 billion a year industry. In a 2016 economic study, the Environmental Protection Agency tied 757,000 jobs, $36.6 billion in paid wages and $6.7 billion in tax revenue to recycling efforts.

According to the EPA, Americans in 2014 created more than 258 million tons of solid waste. Out of that, 89 million tons were recycled or composted, about 34 percent. Out of the remaining waste, 33 million tons were combusted with energy recovery and over 136 million tons ended up in landfills. The EPA estimates that 75 percent of waste created by Americans is recyclable. About 87 percent of the country’s population has access to curbside or drop-off recycling programs in their local areas.

If recycling participation levels reached 75 percent, Recycle Across America estimates it would create 1.5 million new jobs and be the environmental equivalent of removing 55 million cars from the country’s roads.

Locally in Holmes Beach, fewer materials are making their way to the recycling facility primarily because of raw garbage placed in the bins, Banasiak said.

When workers find garbage and non-recyclable materials in a recycle container, Banasiak said the bin is tagged for trash pick up. He’s finding that a lot of these tagged bins are located at short-term rental properties.

“The problem is getting excessive,” he said.

Commissioner Carol Soustek suggested not eliminating recycling at repeat offender properties but charging those clients more for their trash and recycling to compensate for the added expense to Waste Pro. For properties opting out of recycling, she suggested adding a fee to cover the cost of creating a new landfill.

“The big issue is when you recycle you don’t want it to go into a landfill,” she said. “If they decide they don’t want to recycle then we’ll decide the optimal fee to cover the landfill.”

Commissioner Jim Kihm agreed though Banasiak was quick to say the company can’t charge property owners for not recycling or recycling incorrectly. The key to compliance, he said, would be education, hopefully through a stakeholder meeting geared toward owners and operators of short-term rentals.

On the agenda for the stakeholder meeting will be to discuss what materials are and are not recyclable with Waste Pro. While the items are listed on a decal on each recycle bin, Banasiak said people may not see them or may not pay attention to how recyclable materials need to be handled to not end up treated as household garbage.

Items that can be recycled include paper, cardboard, glass, metal and plastics numbered one through seven. To be considered not contaminated, all items must be clean, with labels removed, and items made of two or more materials should be broken down. That means a soup can may be recycled, but it must be washed out with the paper label removed before it’s placed in the bin for pickup, even though that paper label may also be placed in the bin for recycling. Cardboard boxes are eligible for recycling if they’re flattened for pickup, but pizza boxes cannot be added to the recycle pile. Though items such as batteries and some household appliances are considered recyclable by the EPA, they can’t be placed in a bin for Waste Pro pickup. These items must be taken to a facility accepting them and often a fee is charged to cover the special handling required to process the items for recycling.

Commissioners agreed to readdress the issue after the stakeholder meeting.

For more information on recycling or how to recycle materials, visit Waste Pro or the EPA.