MANATEE COUNTY – Aqua by the Bay, the loss of Manatee County’s beloved mascot, Snooty, the removal of a Confederate monument, the proposed Hunters Point development and Hurricane Irma were among the top county stories of 2017.

Aqua by the Bay

The plans include 78,000 square feet of commercial space and a man-made Crystal Lagoon with artificial beaches. The plans reference private docks but no longer include a man-made estuary enhancement area and retaining wall along the Sarasota Bay shoreline. After several public hearings and multiple plan revisions dating back to 2013, Manatee County Commissioners voted 7-0 on Oct. 3 to approve Carlos Beruff’s Aqua by the Bay development plans and rezoning requests.

Aqua by the Bay approval challenged

In December, McClash also asked the administrative judge presiding over a Florida Division of Administrative Hearings proceeding to recommend denial of Beruff’s request for a state-issued mangrove and seagrass mitigation bank that would allow the removal of coastal mangroves and seagrasses and potentially allow for the marina Beruff removed from his plans in 2013.

Manatee County’s official mascot, Snooty the manatee, was discovered drowned the morning of Sunday, July 23, the day after his gala birthday party and two days after his 69th birthday. He was trapped in a small area used to access the aquarium’s life support equipment, according to museum officials, who said he entered through a dislodged access panel secured by four screws and inspected daily by divers.

Snooty cause may be headed for courts

Snooty lived in Manatee County since 1949, making thousands of people happy and teaching them about his imperiled species. 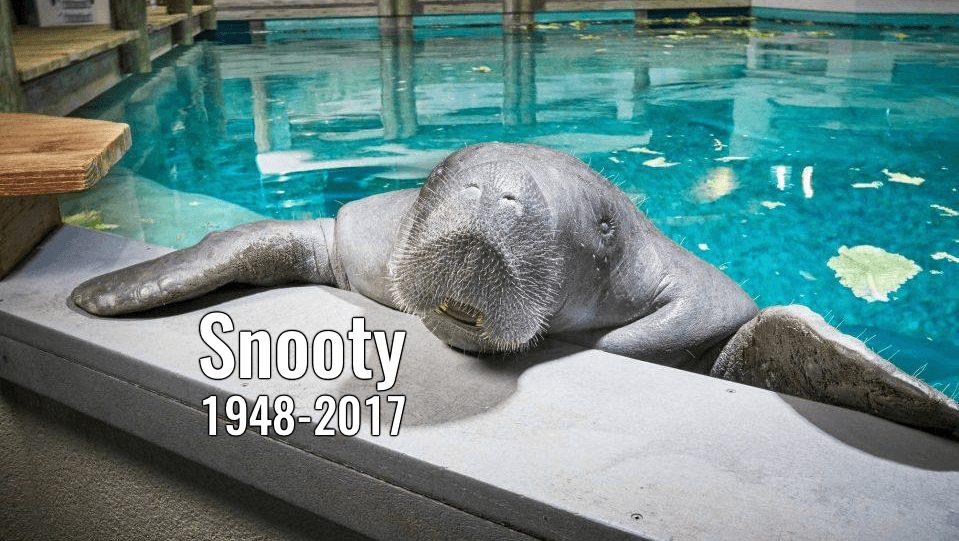 In December, County Commissioners learned it will cost an estimated $41,500 to repair and relocate the Confederate monument removed from the courthouse square in downtown Bradenton in late August. Erected in 1914, the memorial monument was removed by order of the commission due to concerns about public safety after a large protest rally occurred near the monument.

Monument will be moved

In October, the Manatee County Veterans Council declared its opposition to the stored monument being relocated to Veterans Park near the Bradenton Riverwalk. County officials are awaiting word from state officials about possibly placing the monument at the Gamble Plantation Historic State Park in Ellenton.

On Jan. 11, Gobuty will present his plans to county commissioners in hopes of winning approval for a project proposing 86 cottage homes, 62 lodge-style hotel rooms, a restaurant, clubhouse, marina and 31 parallel boat slips along the canal he owns.

In October, the U.S. Coast Guard reduced the openings of the Anna Maria Island Bridge and Cortez Bridge to twice an hour year-round.

No answer yet on Cortez Bridge

FDOT has decided a 65-foot-tall fixed-span bridge will one day replace the Anna Maria Island Bridge on Manatee Avenue. FDOT has not yet determined whether the Cortez Bridge will be replaced with a higher drawbridge or an even higher fixed-span bridge. That decision is expected early in 2018.

In September, Hurricane Irma left its mark on Cortez with downed trees and power lines and significant damage to the exterior facade at the Cortez Bait & Seafood Fish Market on Cortez Road.

Many residents and property owners in unincorporated Manatee County then experienced lengthy delays regarding the county-contracted removal of hurricane debris.

On Dec. 1, Utilities Deputy Director Gus DiFonzo informed county officials that 90 percent of the debris had been collected and the target date for completion was Dec. 18. DiFonzo estimated the cost of the debris removal to be $13.7 million and the county’s final cost after FEMA reimbursement could reach $5 million.

In December 2016, County Commissioners voted 4-3 in favor of conducting a nationwide search to replace County Administrator Ed Hunzeker when his contract expires on Jan. 29, 2018.

In September, three of the four commissioners who supported that idea changed their minds and the commission voted 6-0, with one commissioner absent, to renew Hunzeker’s contract until Jan. 29, 2019.

A memorable year in Bradenton Beach

Looking back at 2017 in Holmes Beach

– Cindy Lane contributed to this report