CORTEZ – The beginning of stone crab season is a highly anticipated event to those who crave the colorful claws after they come out of the pot, and for the past five years, Swordfish Grill and Tiki Bar at 4628 119th St. W. has held a festival celebrate it.

For its Sixth Annual Stone Crab Festival on Saturday and Sunday, Nov. 11 and 12 from 10 a.m. to 6 p.m., Swordfish spreads the love to Florida blue crabs as well. Swordfish Manager Bob Slicker said the music would extend after 6 p.m. at Swordfish’s two stages and at the Cortez Kitchen next door.

In addition to crabs, there will be cold refreshments and local music at three venues, arts and crafts for sale and a kid’s zone to keep the youngsters entertained.

The Cortez Stone Crab Festival began as a block party for locals, fishermen and crabbers. John Banyas, fourth generation fisherman and the owner of Cortez Bait & Seafood, Inc., wanted to give the fishermen a party to kick o 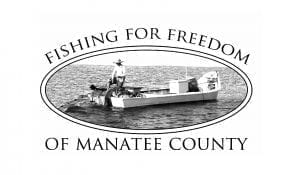 There will be ample parking with the addition of the Florida Maritime Museum parking lot, and the claws will be fresh. As Swordfish advertises, its stone crab “never travels by land.”

The Stone Crab Festival raises money for the Manatee Chapter of Fishing For Freedom, a group that supports commercial fishing.