In 1969, famed New York columnist Jimmy Breslin wrote a novel called “The Gang That Couldn’t Shoot Straight.” In 2017, Breslin’s catch-phrase could be aptly applied to the Concerned Neighbors of Bradenton Beach (CNOBB).

CNOBB is an extension of Bill Vincent’s well-run but unsuccessful bid for the Ward 4 Commission seat claimed by John Chappie in 2016. Vincent originally envisioned a citizens group that would increase interest and involvement in city politics and advocate for policies and projects beneficial to the community. Unfortunately, he allowed those good intentions to be taken over for less altruistic purposes.

When CNOBB went public in July, its members were cautioned early and often about the perils of Sunshine Law compliance for a group consisting primarily of Planning and Zoning Board and Scenic WAVES Committee members. These members are legally bound to refrain from discussing board and committee business outside of properly noticed city meetings.

On July 25, CNOBB members discussed parking garage prohibitions and CRA district boundaries, with passing references also made to the city’s comprehensive plan and future land use map – issues that had or could come before them as city board members.

In August, six CNOBB members were named as defendants in a Sunshine Law lawsuit initiated by the Bradenton Beach City Commission and a city resident. The accused quickly resigned from their city positions in an attempt to cure the alleged Sunshine violations after the fact; and Vincent was the only city board member to stand before the commission and acknowledge the mistakes made and the compliance challenges CNOBB faced from the start.

Other CNOBB members have engaged in a public relations campaign that portrays the accused as community-minded civil servants being unfairly prosecuted by the city they served.

Nothing could be further from the truth.

The city requires all board and committee members to participate in mandatory Sunshine Law training and most of the accused are well-versed in the rules of city politics.

City commissioners had three choices: ask Police Chief Sam Speciale to conduct a criminal investigation; hire an attorney and file a lawsuit seeking a judge’s civil ruling; or do nothing and put the city at financial risk by turning a blind eye to potential Sunshine violations captured on audio recordings.

The civil lawsuit defendants could have saved themselves and city taxpayers a lot of money by admitting their mistakes, accepting the consequences and avoiding the need for a future court ruling.

Claims of naiveté are further diluted by e-mails later obtained by attorney Robert Watrous and paralegal Sunshine Law expert Michael Barfield. These e-mails reveal Mayor Bill Shearon’s early involvement in a group he claims to have no direct ties to, although his significant other is a core member. Watrous referred to Shearon as a “founding force” in CNOBB’s formation. And one e-mail exchange between CNOBB members revealed a shared desire to give the mayor the unchecked authority to fire any city employee – including the city attorney that keeps the mayor and his friends in check. Other e-mails referenced parking garages, the CRA district and other advisory board business.

In September, CNOBB threatened to file a lawsuit if city commissioners did not place three ill-advised charter amendment questions on this year’s ballot. CNOBB claims the amendments are an exercise in democracy that will produce more commission candidates, but the true intent is to take control of the city government.

CNOBB can’t even get the simple things right. Several CNOBB members are now named in complaints filed with the Florida Elections Commission for the failure to file the statement of organization form and financial reports required of groups engaged in political causes and campaigns.

While some may attempt to laugh off the actions of this group, there’s nothing funny about CNOBB’s failure to comply with basic rules and regulations. It will be up to Bradenton Beach voters to determine if this brand of politics is wanted in their city.

The Sun’s voter recommendations for the Nov. 7 elections in Bradenton Beach, Holmes Beach and Anna Maria will be listed in the Nov. 1 edition. 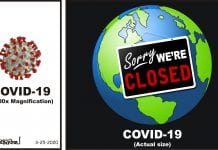