Designed to help scientists monitor scallop populations and engage citizen scientists, it is also the organization’s most popular. This year was the 10th anniversary, and more than 35 boats and 128 volunteers registered to participate. The weather was a big concern and organizers were wondering how to proceed when the forecast changed, showing only a relatively small chance of rain.

Unfortunately, the weather guessers got it wrong and the skies opened up after the captain’s meeting just as participants were heading out on the water. For most of the morning heavy rain and thunderstorms pummeled the bay making any efforts to conduct a search seemingly impossible. I say “seemingly” because despite the odds a number of volunteers and boats showed up and made a valiant effort to hunt for scallops. 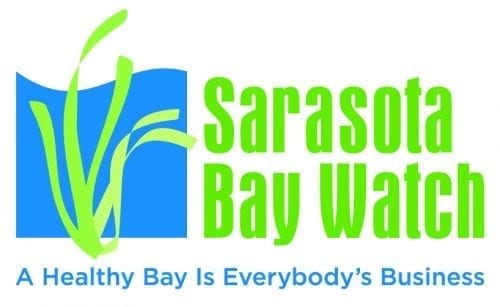 Despite the storm, 10 months of red tide, and an extremely rainy season, two live scallops were located. In total 53 percent of the quadrants were not searched.

While some voiced concern about the small number of scallops found in the past few years, Steve Geiger, of the Florida Fish and Wildlife Conservation Commission, who was present for the search, encouraged organizers and volunteers to continue. He indicated that local restoration and monitoring efforts are important in boosting scallop population to fill gaps from Tampa Bay to Charlotte Harbor.

What the tenacity of organizers and volunteers did show was a willingness to push forward with the important event despite the bad weather. They came out and brought their boats and families out in the rain and inclement weather to work for the bay. Even at the conclusion of the search members and volunteers that had been soaked on boats stuck around and chatted with friends outside for a few hours watching the weather on the water.

Sarasota Bay Watch’s event coordinator Ronda Ryan was particularly touched by the resolve of all involved.

She stated, “After being out for half a day in very stormy weather and having plans changed due to weather, I receive multiple texts in the evening with comments that included, ‘Thanks for a great day,’ ‘We had a great time,’ ‘Sorry we couldn’t get out and do the search,’  ‘Looking forward to doing the search next year!”

I was impressed that people came by boat from as far as north Anna Maria Island, that many boats offered to take extra volunteers and that even a group of kayakers volunteered and participated.”

At the end of the event, participants were served lunch by Sarasota Bay Watch Board member Steve Martin and refreshments were provided by the Sarasota Sailing Squadron. The dedication of the volunteers didn’t stop there. Federico Vasquez, Brook Langston and their party were headed home when they spotted a pelican entangled in fishing line on the New Pass Bridge. The party stopped, rescued the bird, cleared the monofilament from the bridge fender and took the injured bird to the Save Our Seabirds facility on City Island.

Visit Sarasota Bay Watch for information on the organization and upcoming events.