The outside portion of the Bridge Tender Inn is a nice place to observe the boats moored in the bay. But Monday afternoon, people were turning their attention upward to watch a rare event – a solar eclipse, which was partial here in Florida but total within a 70-mile-wide band that stretched from Oregon to South Carolina.

At the Bridge Tender, people had gathered to take advantage of an eclipse party being offered by the popular Bridge Street eatery. The restaurant and pub was offering patrons the use of approved solar-watching glasses. The paper glasses contained super-dark lenses, which made it safe to look directly at the partially blocked-out sun.

One person sporting the heavenly shades and sitting at the overflowing tiki bar was Dave Spiggle, of Ellenton, who took the day off work to view the event.

“I live near the Outlet Mall,” he said. “It’s always so busy there, I just wanted to get away and watch the eclipse in a quiet setting.”

While some could be seen using improvised cereal and other cardboard boxes to get a shadowy view, others were content to let their glasses do the work.

Mary Jarey and Marcia Keller, visiting from Chicago, watched through the spectacles at the outside dining tables, while John Assetta and Jeff Carver came in from Long Island.

“It gave us an excuse to come down and enjoy the Island,” Carver admitted.

One group had some students from Anna Maria Elementary School. Their parents decided to t 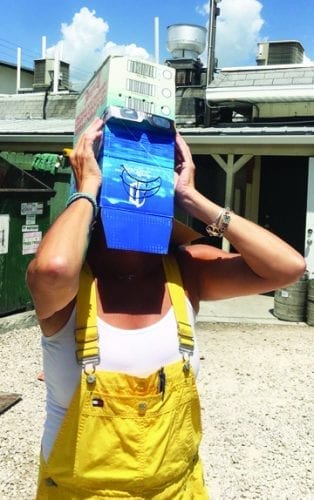 ake their kids out of school, disagreeing with the Manatee County School Board’s decision to keep students inside to keep any of them from looking directly at the sun.

At Manatee Public Beach, Gordon Shook watched the eclipse with his grandkids, Juliana and Colton.

After they watched for a while, they took off for the really important stuff – ice cream at the concession stand – and a fun day at the beach.

Commission and mayoral seats up for grabs