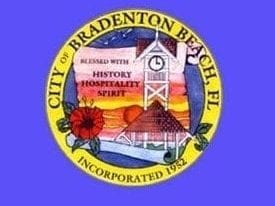 BRADENTON BEACH – The Bradenton Beach Planning and Zoning Board has completed the second phase of its efforts to regulate vacation rentals.

After previously crafting recommended vacation rental regulations aimed at addressing occupant behavior, the volunteer board embarked on a secondary effort that involves amending the city’s land development code (LDC) as a means of potentially limiting home sizes, lot sizes and the size and number of bedrooms allowed.

The proposed LDC amendments are directed primarily at the future construction of vacation rental homes, but if adopted by the city commission, they would apply to all properties in the R-1 and R-2 residential zones.

In the absence of chair John Burns, vice-chair Jim Lynch guided the board through a review of previously-discussed items and final consensus was reached on the recommendations to be forwarded to the city commission for consideration and potential adoption.

Many of the proposed amendments are the result of the combined efforts of board member Reed Mapes (a retired contractor) and City Planner Alan Garrett, with additional insight provided by the other board members during the many meetings that preceded last week’s meeting.

As of last week, the board is recommending that newly created lots be limited to 5,000 square feet.

The board is also recommending a maximum of 2,000 square feet of habitable living space in accordance with a 40 percent floor area ratio (FAR) derived from a maximum lot size of 5,000 square feet.

The board recommends the habitable space be limited to 2,000 square feet even if a lot is larger than 5,000 square feet. This stems from the discussed desire to prevent larger vacation rentals from being built on larger lots or combined lots.

After the meeting, it was suggested to Garrett that a 2,000 square foot limit on lots larger than 5,000 square feet would likely encounter pushback from some of the many property owners who plan to one day redevelop their larger lots. Garrett acknowledged this was a likely scenario.

During previous discussions, the board expressed initial, non-unanimous support for limiting a structure’s second living level to 40 percent of the lower living level, but subsequent debate created uncertainty as to the effectiveness and fairness of such a requirement and it was not included in the recommendations approved last week.

As part of its efforts to decrease occupancy, the board recommends a bedroom area ratio (BAR) of 29 percent; which means 29 percent (580 square feet) of the 2,000 square feet of habitable space could be used for bedrooms. Working in unison with a recommended minimum bedroom size of 120 square feet, this would allow for no more than four bedrooms in a single-family home.

If supported by the commission, the proposed LDC amendments would also apply to duplexes built in the R-2 district; and they would be applied proportionately to new structures built on smaller lots.

With the support of City Engineer Lynn Burnett, the board recommends that all structures requiring a building permit provide for the storage of the first two inches of rain that falls on the entire property, as designated by a certified site plan designed by a certified stormwater engineer.

The planning board recommendations will be discussed at a future commission workshop.