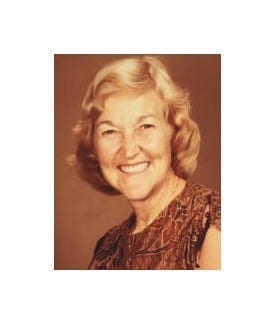 Judith van Beuzekom passed away peacefully in her apartment the morning of December 22, 2016. She was surrounded by her four children the last few days of her life.

Judith was a wonderful wife, mother, grandmother and great-grandmother, loved by all. She lived a life of adventure with hardships and good times. She was born on September 24, 1929 in Batavia, now known as Jakarta, Republic of Indonesia, which was at that time a colony of the Netherlands.  As a child during World War II she survived many hardships in the Japanese internment camps. Malnutrition during the war led to her life long struggle with epilepsy.

After the war she was repatriated to The Netherlands (Holland) where she completed her schooling. She was adventurous and dreamed of traveling; she spent a year working as an au pair in England and in Paris, France. One of her most memorable adventures was bicycling with a girlfriend from Holland to France.

In 1954 she met Edwin van Beuzekom in Holland. They married and had a daughter, Erica, in 1955. In 1957, after struggling to find housing in post-war Holland, Judith and Edwin immigrated to the United States, landing in Feasterville, Pennsylvania where Judith gave birth to her first son, Michiel. Soon after they moved to Painted Post, New York, where Judith gave birth to two more sons, Edrick (1959) and Roderic (1960).

In 1964 Judith and Edwin built the home of their dreams in the woods on a hill in Painted Post, NY. In addition to being a homemaker Judith also worked as a French translator / administrative assistant at the Corning Glass Works.

In 1968, longing for the warm weather of their birth country, Judith and Edwin moved their family to Holmes Beach, Florida on Anna Maria Island, where Edwin took over an accounting business and Judith worked part-time at the public beach snack bar in addition to being a full-time mother.

Judith loved to travel, and she and Edwin traveled throughout the world visiting Indonesia, Singapore, New Zealand, Japan, South Africa, many parts of Europe and of course the United States.

Judith excelled at cooking, entertaining, sewing and creating embroidery works of art. She enjoyed gardening with a beautiful rose garden and many other flowers and tropical fruit trees; everyone knew which house was hers – the one with all the flowers.

In 2010 Judith and Edwin moved to Westminster Towers in Bradenton, Florida. In 2011 she and Edwin moved to the Westminster in Orlando in order to be closer to their son Roderic. In July of 2012 Edwin passed away, leaving Judith on her own. She was able to travel a few more times, and she enjoyed the company of her long time caretaker and dear friend, Cynthia, and visits from all of her children, grandchildren, and great-grandchildren.