BRADENTON – Mark Green stands at a grave marker at the Fogartyville cemetery, refers to an old, hand-drawn map and walks a few paces, ducks under a moss-draped tree, passes a bench and several headstones, finally reaching a patch of grass near the roadway that meanders through the historic graveyard.

There are no flowers, no inscriptions, not even a headstone or marker, but according to the map, it must be the place.

Green, the family historian for the Cortez Green and Fulford families, thinks it’s the grave of several Fulford family members, including Capt. Carl William Bahrt, a ship captain from Key West, born in Denmark in 1835.

It’s been a long road to Fogartyville, beginning at a historic cemetery on Egmont Key, an island off the north end of Anna Maria Island that was once a military fort, but is sparsely inhabited today by a lighthouse keeper and on-duty Tampa Bay harbor pilots.

Earlier this year, the Anna Maria Island Sun uncovered the history of many of the people buried on Egmont Key in the late 1800s whose remains were relocated in 1909 to the St. Augustine National Cemetery in northeast Florida. They included “Indian (Unknown),” thought to be a Seminole chief, one of Teddy Roosevelt’s Rough Riders, so-called “colored” military hospital workers, a Tampa man’s formerly long-lost great-great-grandfather, Azaline M. Bahrt, the daughter of an Egmont Key lighthouse keeper named Coons, and her daughters, Marie Bahrt and infant Carlotte Bahrt.

Online in Washington state, William Bahrt saw the names of the three Bahrt family members in one of the stories in the series, prompting a call to The Sun and a renewed effort to learn more about his family history, including sorting out the identities of the family’s two Azaline Bahrts.

“Azaline Bahrt is a mystery, and I have been looking since 2007 and can find hardly anything about her or her family,” William Bahrt wrote in an e-mail to his relative, Mark Green.

“One mystery is exactly who the Azaline Bahrt was that had daughters buried on Egmont Key,” Green wrote.

The Sun shared evidence uncovered in the series that Azaline Bahrt and her two girls likely died from yellow fever on Egmont Key, where William Bahrt fondly recalls spending his childhood summers in the 1930s with his harbor pilot father and their family.

Grateful for the new information, Bahrt was inspired to resume researching the whereabouts of the grave of the man he thinks was Adaline’s husband, Capt. Carl William Bahrt.

“I am still mystified by the story of Carl Bahrt and his connection with Azaline Marie Coons, the daughter of the Egmont Key lighthouse keeper,” he wrote Green, who shouldered the quest this year during visits to Cortez to see his mother, Mary Fulford Green.

Green located a 1920s survey map of the cemetery that showed a plot for the Bahrt family near some plots that are marked with early Bradenton family names, including Fogarty.

He invited The Sun to help him canvass the graveyard, following the map like Indiana Jones.

“This must be it,” he said, pointing to an empty area that corresponds with the Bahrt plot on the survey map, bringing to rest the search for the captain’s grave, at least until more information is uncovered.

In a nutshell years in the making, “We think Capt. Bahrt married Azaline Coons, she got sick from yellow fever and died with her two girls on Egmont Key, they were buried on Egmont and moved to the St. Augustine cemetery. He later married my grandmother, Catherine Davison, and they had a daughter they named Azaline Marie, after the first Azaline, and he and Catherine were buried in Fogartyville,” Bahrt said from his Washington home last week. “That second Azaline Marie Bahrt is my aunt, who ended up an O’Brien in California, and that’s all I know. I would love to be able to follow up on that line in the family.”

But it’s Christmas, and the doorbell is ringing, and the dog is barking, and as the descendants of the Bahrts of Egmont Key gather for their holiday celebrations, there’s no time to dwell on Auld Lang Syne just yet. 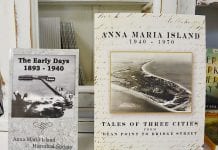 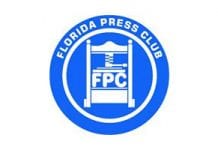 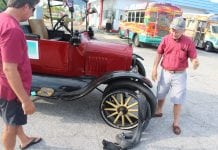 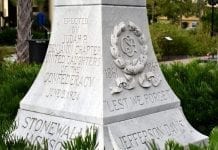 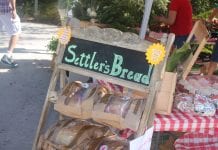