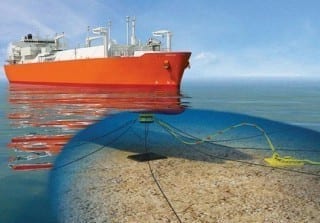 Call it a win for the environment. Or maybe just market forces playing out, with capitalism being the final arbiter of a deeply flawed plan.

Either way, the residents of Anna Maria Island and surrounding communities are better off today following the cancellation of a project to build a submersible port 28 miles out in the Gulf of Mexico, where tankers would have converted liquid natural gas into gas and off-loaded it into an underwater pipeline leading to Port Manatee.

Citing “catastrophic changes” in the natural gas market, Port Dolphin lawyers filed a motion to vacate the federal certificate giving them authority to proceed with the onshore portion of the project.

“Since the inception of Port Dolphin’s plan for the Deepwater Port, the natural gas industry has substantially changed,” the motion reads. “These changes resulted in the United States becoming an exporter rather than an importer of natural gas. As a result of these changes, Port Dolphin has been unsuccessful in its efforts to negotiate commercial contracts for the proposed Deepwater Port.”

That decision by Höegh LNG brings to a close a risky, high-stakes plan that posed a serious ecological threat to this part of the state. Dangers to local marine life, such as sea turtles, migratory birds and marine mammals – dolphins included – were profound, prompting opposition to the project from all three Anna Maria Island cities, plus Manatee County, Sarasota, Longboat Key and the environmental watchdog group ManaSota-88. Also among the reasons for the criticism was the potential devastation that a spill or other disaster would pose to local fisheries and to the billion-dollar tourism industry.

In the end, though, it simply was market forces that spelled the end for this wacky plan. No profit, no project.

Christmas has come early this year for AMI.